Here we are again on 31BX inbound… 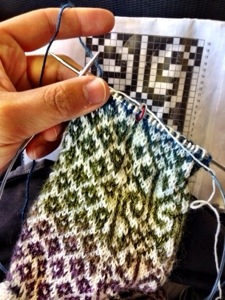 Toting a pound-sized cone of Merino-Rambouillet sport-weight yarn from Marr-Haven and casting on a new sweater! While riding the bus of course 😉 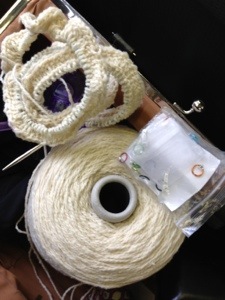 Starting out on Melia, a hooded cardi with a beautiful honeycomb border by Ysolda out of Spud and Chloe Sweater.

Sitting right where I finished it.

These socks are driving me nuts. I’ve been working on them for months, on and off (mostly off), and I’m done. Ripping’ it up my morning commute! 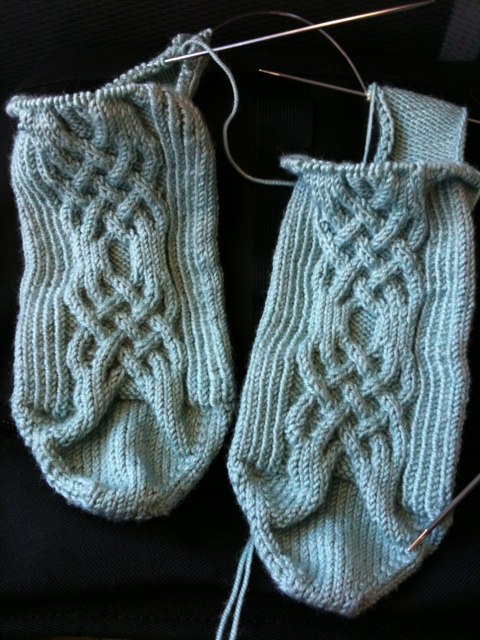 I’ve made a deal with a fella from Calaveras County who has family access to a lot of figs: I knit him a hat; he will bring me figs! It’s months and months away from coming to fruition (literally), but I am really excited about this barter! We have witnesses to the deal. It’s on!

We learn about cultural movements usually after they’ve happened. We are on the outside looking in and from the future looking back. When learning about beat poets, modern painters, and the like, I’ve been struck by the fact that various artisans were working individually within a greater social network and environmental context. Those guys knew each other? They hung out? They influenced each other? They’ve influenced their societies? I’m reading a book about them?

Maybe someday I’ll read a book about a cultural movement happening in my consciousness: knitting podcasts. That’s right. Knitting Podcasts. I’ve witnessed the first wave. Some of the first wave have passed on. A moment of silence and well wishes for the makers of: Stitch-It, KIPing it Real, and Manic Purl (and Knitajourney who I didn’t listen to as much).

I’m still listening to the steadfast first-wavers, waiting patiently for some to come off of baby-hiatus. I’m tuned into a few second wave favorites. I’m feeling hesitant to seek out the third wave, but I will. Any recommendations?

During the break between my morning lecture and afternoon shopping spree yesterday at the Sock Summit, I rode out to Twisted on Broadway in Portland.

It’s a lovely shop full of beautiful goods. Including this cutie that I took for a brief test drive:

Schacht’s Sidekick. I want one!

3-ply sock yarns are my goals this year for the Tour de Fleece.

Abstract Fibers’ Superwash BFL in Sunset colorway on the Kiwi and The Royal Hare’s Superwash Merino in Blue Lake Lily on the Turkish Delight. 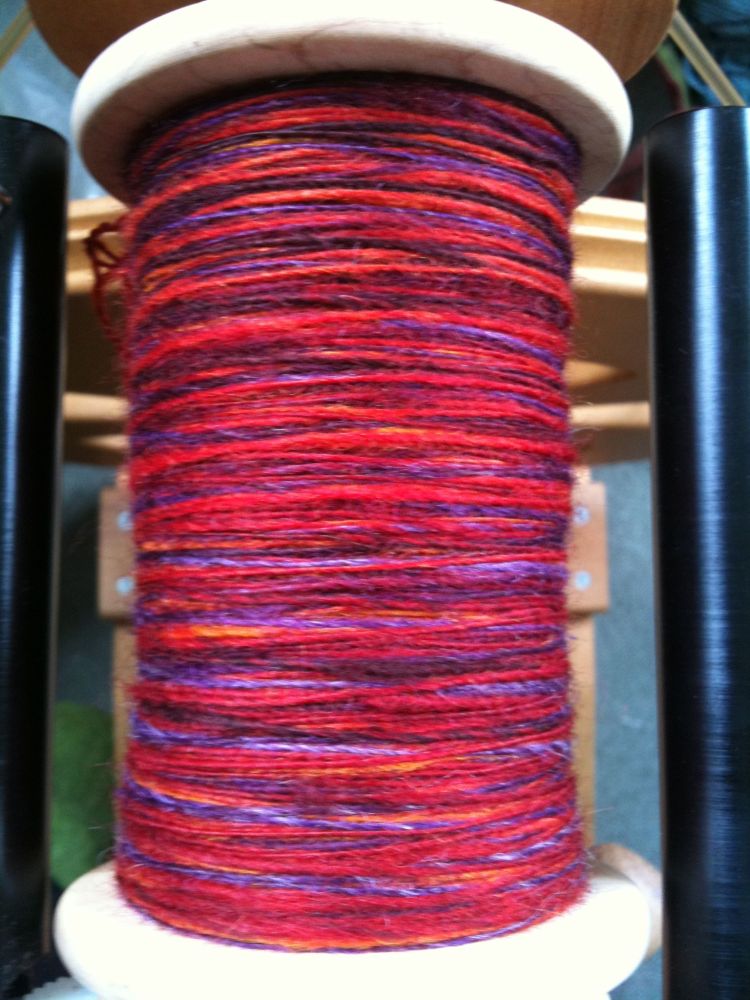 I finished the wheel-spun project a few weeks ago.

I’m still plugging away on the Jenkins Turkish Delight project. I just can’t put that thing down. More on those in a future post.